CHILI, WITH A SIDE OF CHILLY...

This is the 500mb jet stream pattern we'll be dealing with into the coming weekend. If you're looking for mild weather, you wont find it with this type of structure.

The Climate Prediction Center certainly agrees showing temperatures like this in the 6-10 day outlook.

The 8-14 period is a wee bit better but still has a chilly look for the last week of April.

The worst of the chill should be found in the 7 day period April 19-26th when daily temperature departures are averaging 9-11 degrees below the norms. That roughly means instead of being in the mid to upper 60s, we're looking at readings more in the 50s. No thanks!

The coldest individual day could well be April 21st. That morning lows are projected to be in the low to mid 20s producing a hard freeze that could be "hard" on tender vegetation. The EURO has this for lows.

Those readings are a solid 20 degrees below normal

While were on the topic of lows and freezing temperatures, some of you will no doubt experience frost on the daffodils early today. A frost advisory is out for the southern third of my area where vegetation is more advanced than further north.

A light frost such as this will likely not cause many issues but the hard freeze the EURO shows in about a week could be an entirely different story. We will need the right conditions though meaning clear skies and light winds. Something to watch along with the potential of other frosty nights between now and then.

By the way, you can be grateful you were not in Minnesota and the Dakotas Tuesday where temperatures for highs stayed in the 20s and low 30s. That's the air mass that will cool our temperatures even more today.

Just look at the wind chills up that way. During peak heating they were in the teens and 20s. That's not unheard of in that part of the country but it's far from typical.

To make matters worse snow has been falling and accumulating. This is what's been measured through Tuesday morning. 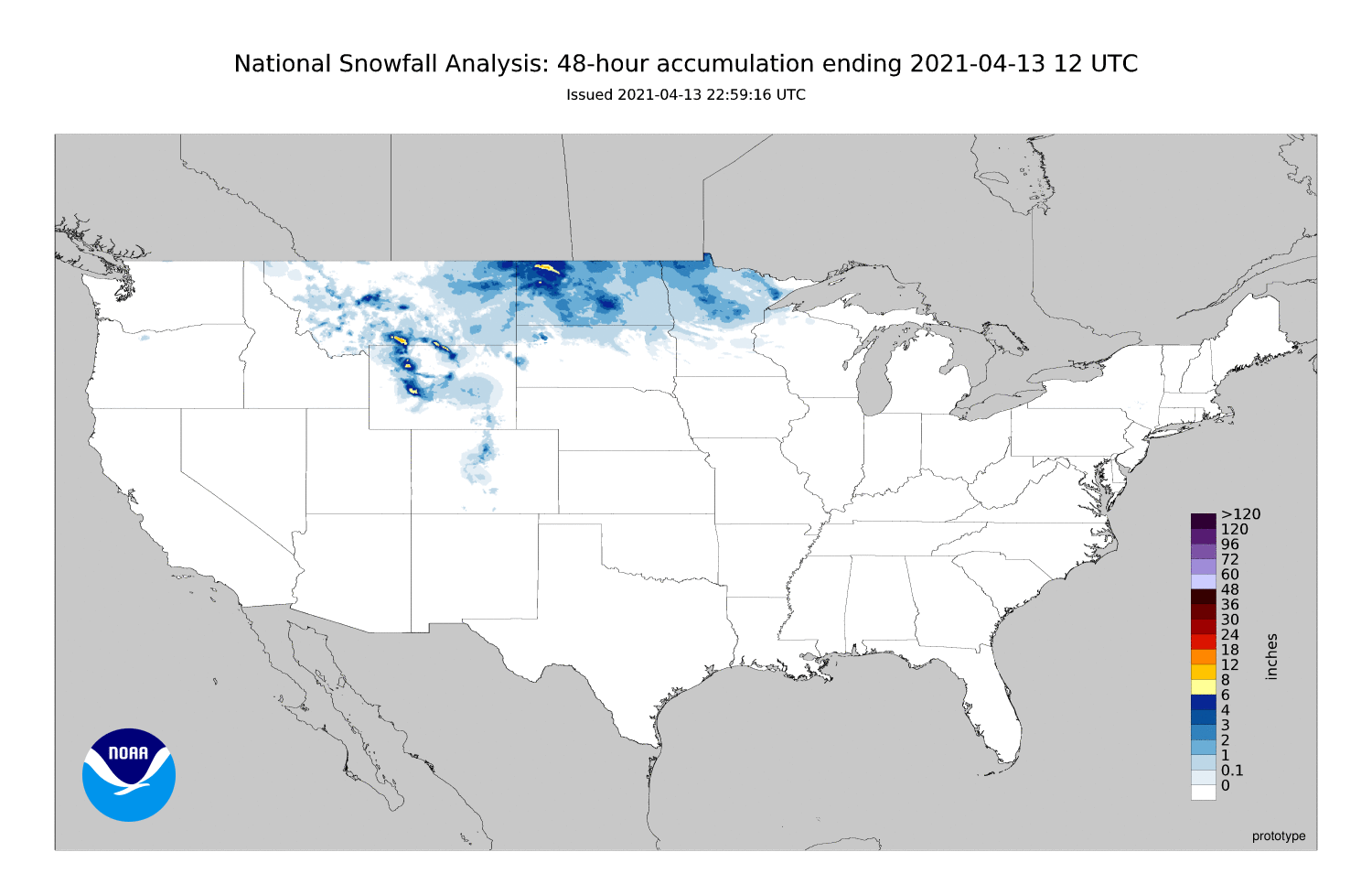 This is projected snowfall the next 48 hours.

The EURO brings flakes to my northern counties in the 7 day period.

The GFS brings white wonder even further south over the same 7 day period. 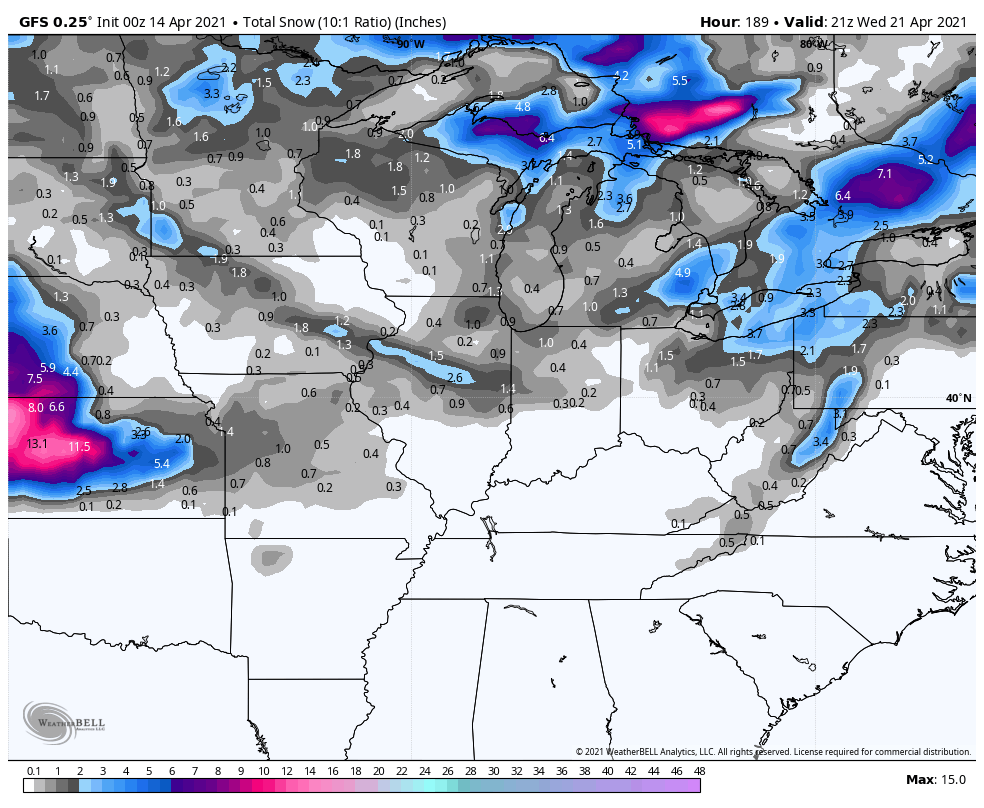 The bottom line is this, at some point in the next week wet snowflakes are not out of the question. Temperatures would certainly be cold enough aloft to support them under the right conditions. However, accumulations do not look likely. And heaven forbid, if we did get a dusting, it would melt in the blink of an eye. I'm not worried about right now.

I am concerned about the cold though with the EURO consistently showing highs in the 40s and 50s with lows near or below the freezing mark on a number of nights.

Hopefully, this is the last of this type of weather we see and when the pattern breaks in May, we fall into the warm embrace of the 70s on a regular basis! Roll weather...TS

STRONG STORMS TO START THE 4TH...