Here's the past 30 days by way of temperature departures. It's as plain as the nose on your face that from Canada to the Gulf of Mexico, temperatures have been running cool.

In Cedar Rapids, the monthly temperature is 3.5 degrees below normal through May 17th. The high temperature has not hit 70 for 15 consecutive days. That's really hard to do when the sun is as strong and direct as it is now.

We have another cool day to go through Tuesday but after that a steady increase in temperatures is expected through the remainder of the week into the weekend. The EURO meteogram shows the warmth ahead. 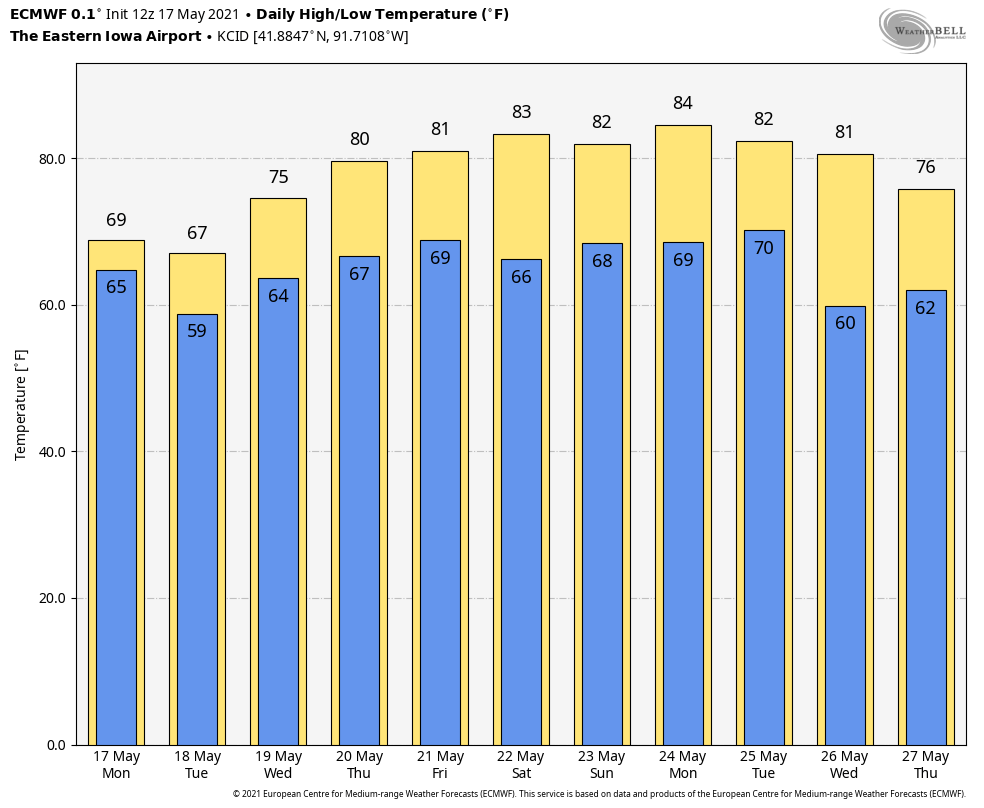 Here's the 500mb pattern with the ridge east and trough west that will deliver the warmer air. 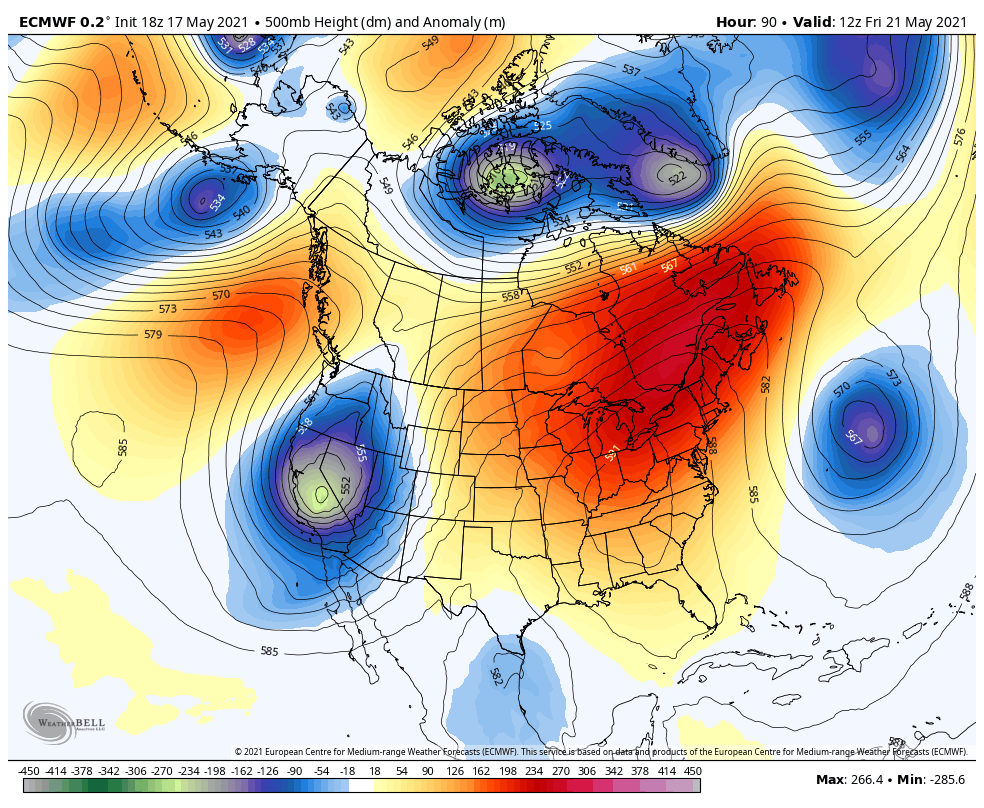 Along with the warmth will come an increasingly moist (humid) air mass that will support a prolonged period of rain chances. The slow moving pattern on the western periphery of the strong high pressure out east will set-up a large and anomalously strong moist conveyor belt from the Gulf right into the Midwest through Sunday. This is the type of pattern that can produce heavy rains where forcing is focused.

The bottom line is that there's a daily chance of of showers and eventually thunderstorms the next 6 or 7 days. That doesn't mean it will rain everyday or for long periods. It just means the instability is there and it won't take much to kick out a shower or storm. That said, it appears the greatest chances in my area will be Tuesday and then again later in the weekend. That's when forcing is expected to be more prevalent. The rest of the period afternoon heating and outflow boundaries will be the drivers and Wednesday-Saturday the rains will be far more scattered and hit and miss. Virtually impossible to predict this far in advance. Again, not everybody will see them them but most areas will have at least a small shot on a daily basis.

Between multiple chance at rain the EURO and GFS show this for total precipitation over the next 7 days.

One thing we've not seen this year that will become a factor by late week is humidity. The EURO is showing dew points nearing 70 on Saturday. That combined with readings in the 80s will cause plenty of air conditioners to kick in.

On the bright side, this is the kind of weather corn loves and the crop should make good strides after a slow start thanks to all the cool weather up to now.

Meantime, it's more of the same as Tuesday as clouds, occasional rain, and highs in the 60s rule the day. Wednesday, the transition to the more summery pattern gets underway. Stay dry and roll weather...TS