IF AT FIRST YOU DON'T SUCCEED, TRY TRY AGAIN...

As the saying goes, if at first you don't succeed, try, try gain. The same thing goes for the weather and rain. For almost a week now showers and storms have danced around the Midwest. The results were mixed around my area initially with some areas filling the bucket and others coming in with an empty pail. But we've tried and tried again and while some of you could use more, most everybody has now picked up beneficial rain at a point when it was desperately needed. Here's where it fell last night. 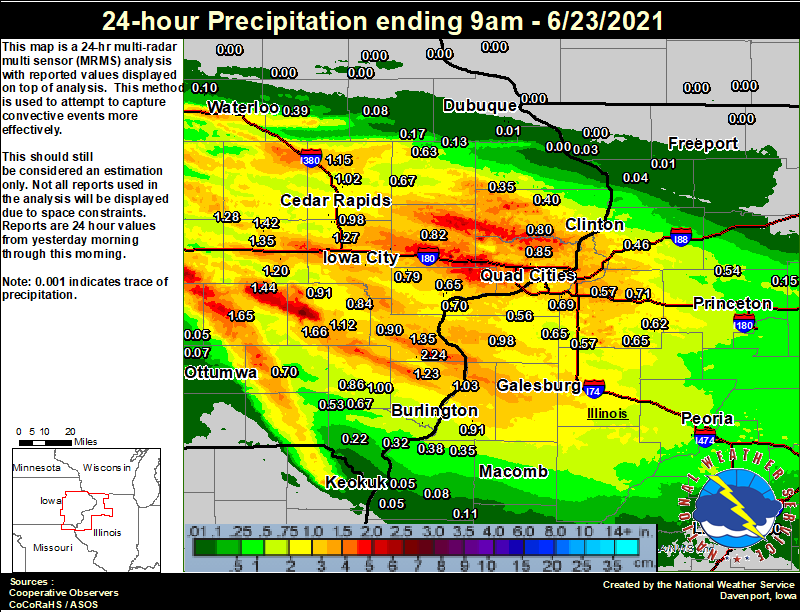 Here's where it fell 2 days ago (Sunday).

All told over the past week, this is the observed 7 day rain totals. Most areas have seen an inch, many spots south of I-80 have had 3-5 inches.

Going into last Thursday you can see how widespread the extent of dry, moderate, and severe drought conditions were across much of the central and upper Midwest. The precipitation was a real blessing for many farmers.

As much as the rains helped in my area, more is needed in spots. The tricky thing is to get it in the areas that need it and keep the totals light where it isn't. There is such a thing as too much of a good thing. It's funny how often when dry cycles end the pattern can go the other way. It's like the damn breaking. Now look what's on the table Thursday-Saturday, an excessive rain potential!

This is for the period Thursday morning through Friday morning.

This is 24 hours later, Friday morning through Saturday morning.

The official rainfall forecast from the Weather Prediction Center shows widespread amounts of 2-5" through Saturday night. It's important to note, this is just a guide and amounts in any one location can vary greatly. It's the general trend for heavy rain that's the focus of our attention right now. 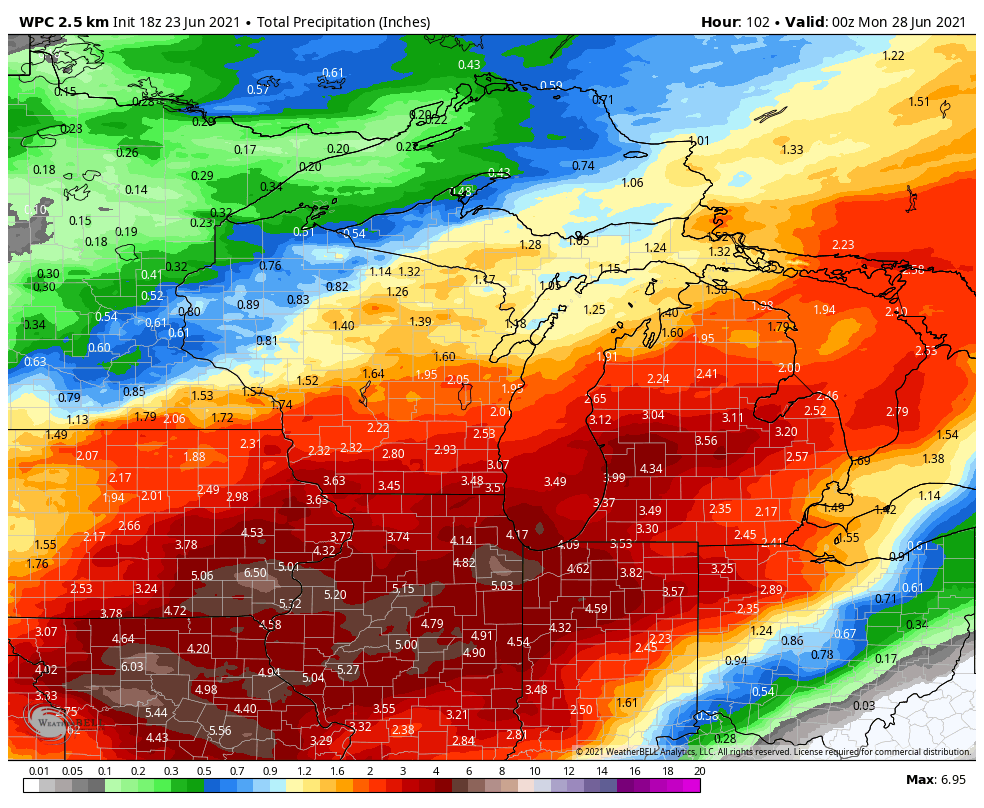 And here you can see that idea I mentioned above about the dam breaking with the EURO ensemble control showing rainfall departures that look like this over the next 15 days. Wow.

Despite good agreement on the potential of widespread generous rains, it seems each model has a different idea of how to get there. That makes the short term forecasts rather challenging as models decipher energy, fronts. convection, outflow boundaries, and instability differently. Some show rain Thursday, some don't. Some have rain in the north and others have it in the south. Overall, it's a mess and confidence is low as to how it all evolves.

At least for Thursday, the best chances for rain in my area early would be in the SW from a decaying MCS moving from western Iowa into Missouri. Later in the day it seems chances would focus more on the north near a front. The rain in the north would then likely move into the south Thursday evening as the front sinks in that direction. That's the general idea anyway. Don't hold me to that!

Friday and even part of Saturday, it's the same set of circumstances just aligned differently. Bottom line, there's a good chance of showers and storms at some point all three days. With deep moisture and a low level jet, any thunderstorms have the potential to easily dump an inch of rain or more. Now all we have to do is figure out where.

Just for kicks, here's what models are showing for rainfall totals the next 72 hours. Notice some important differences in placement due to the issues discussed above.

Last but not least, while the threat is less than impressive in my area at this time, there is a chance with the right set up and instability a few storms could become marginally severe. Wind would probably be the primary issue if there was anything strong. The biggest concern is the flash flood potential if we get into a situation where training is involved. Something to watch, especially in my southern counties. Here's the SPC risk outlooks for severe weather.

On that note, I shall fade away into cyberland. Have a good Thursday and roll weather...TS