WEE DOGGIES...RAIN AND A COOL-DOWN! 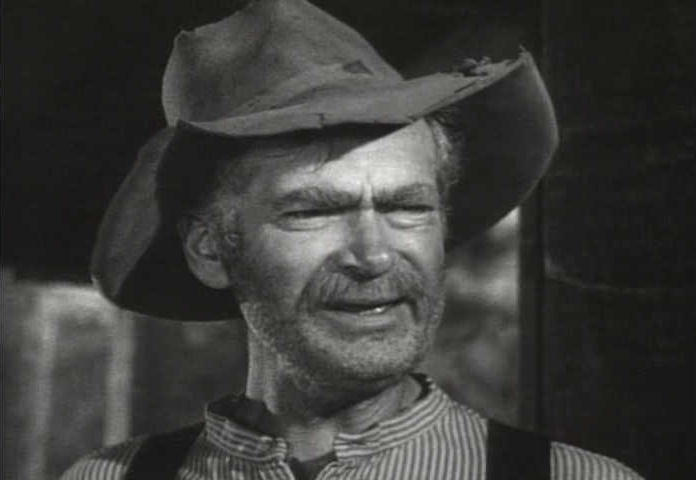 Dad-gummit Jed, how in blue blazes did we get here? Rain for many (some could use more), a shot of cool dry air, and even the chance of record lows. What a change of fortunes!

Lets start with the rain and storms of Sunday night. The action got a little heavy in spots and this tornado sprung up near Bernard, Iowa. The picture was taken by Saybra Lyons courtesy of the NWS. The twister was on the ground for 3 miles and produced enough damage for an EF1 ranking...90-100 mph winds.

Down around Washington, Iowa quarter size hail was captured by my friend and colleague Nick (the Rocket Man) Stewart

I would estimate I had a 50 mph gust at my place Sunday night as the storms roared through. The big tent at a restaurant next door (the Crane and Pelican) ended up at my front door, a distance of roughly 250 feet. Here's some of the storm reports from SPC. 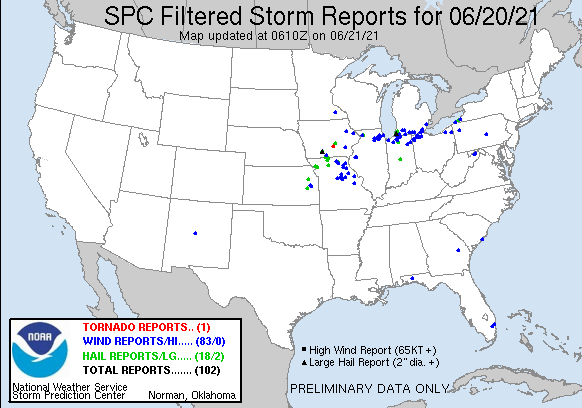 And look at this rain. Over two inches in localized areas but unfortunately there were some lean amounts around Iowa City and spots south and east.

These are the rain totals we've seen around the Midwest the past 7 days. Most of it very welcome. 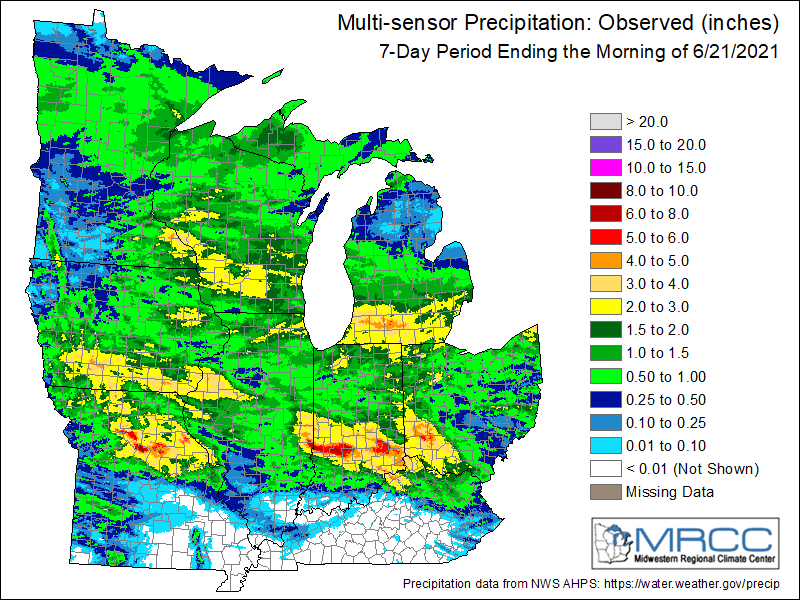 With the front that brought the rain well to the south a very cool dry air mass has been in place. Monday afternoon temperatures were only in the upper 60s and low 70s with dew points around the region 35-45. A nice 25 mph breeze brought as all a very refreshing reprieve from the recent warmth and humidity.

For those of you reading this early Tuesday morning, temperatures are expected to be near record levels in the mid to upper 40s. Here's what's needed to achieve record lows for June 22nd.

The next order of business will be the chance of showers and storms Tuesday night. As the high and its cool dry air shifts off to the east, warm air advection kicks in Tuesday night. After another fine day, clouds will increase and with the addition of the low level jet so will shower and storm chances. There could be a few elevated storms strong enough to produce some small hail and gusty winds but overall the severe threat seems low Tuesday night. Here are the rainfall projections of several models.

There could be a few lingering showers Wednesday but nothing worth hitchin' up your britches for. Thursday and Thursday night look to be a different story as several parameters come into play for what could be a healthy rain event. The EURO knocks of 2-3" rain totals in much of the region. I expect there's going to be a heavy band somewhere but it's still a bit too early to get fine with the numbers.

Overall, it looks like an active period coming up starting as early as tonight. Temperature appear seasonal as well with highs staying in the low to mid 80s after readings Tuesday in the upper 70s to near 80. Roll weather...TS