FAR FROM BORING AS WELL AS SATISFYING...

Some challenging weather to forecast the past 36 hours with a slow moving cold front and mesoscale boundaries kicking off scattered thunderstorms hither and yonder. Thursday night the more widespread forcing was north of my area but outflow from storms in northern Iowa did manage to break the cap well after midnight. That resulted in a narrow band of heavy rain that ran just south of I-80 through the Quad Cities and then east into Rock Island county. That narrow swath which cut through parts of the Quad City metro dumped 1/2 to 1 inch of rain in a 10-15 mile wide band. Impossible to predict something like that! 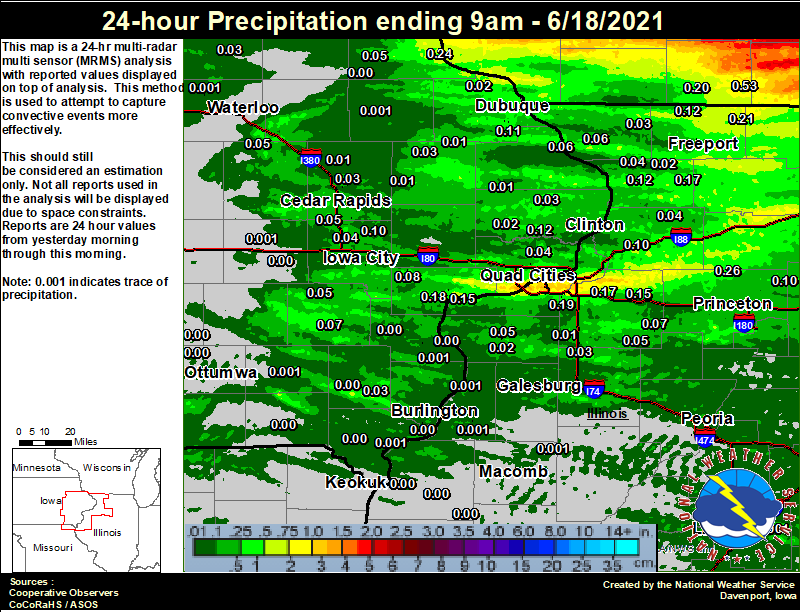 Looking at the big picture, the widespread rains of 1-2" we could have used here soaked NE Iowa and Wisconsin instead.

Friday night the cold front progressed far enough south to generate new storms in southern Iowa and WC Illinois, generally south of HWY 34. Some of the storms cranked out some very heavy rain and in a few spots even had hail and gusty winds. A thunderstorm watch was issued until 5:00 am for the area near and south of I-80.

These are the Doppler rainfall estimates as of 2:30am Saturday morning. 2-4" estimates are showing up from Mediapolis to Monmouth and close to Galesburg. 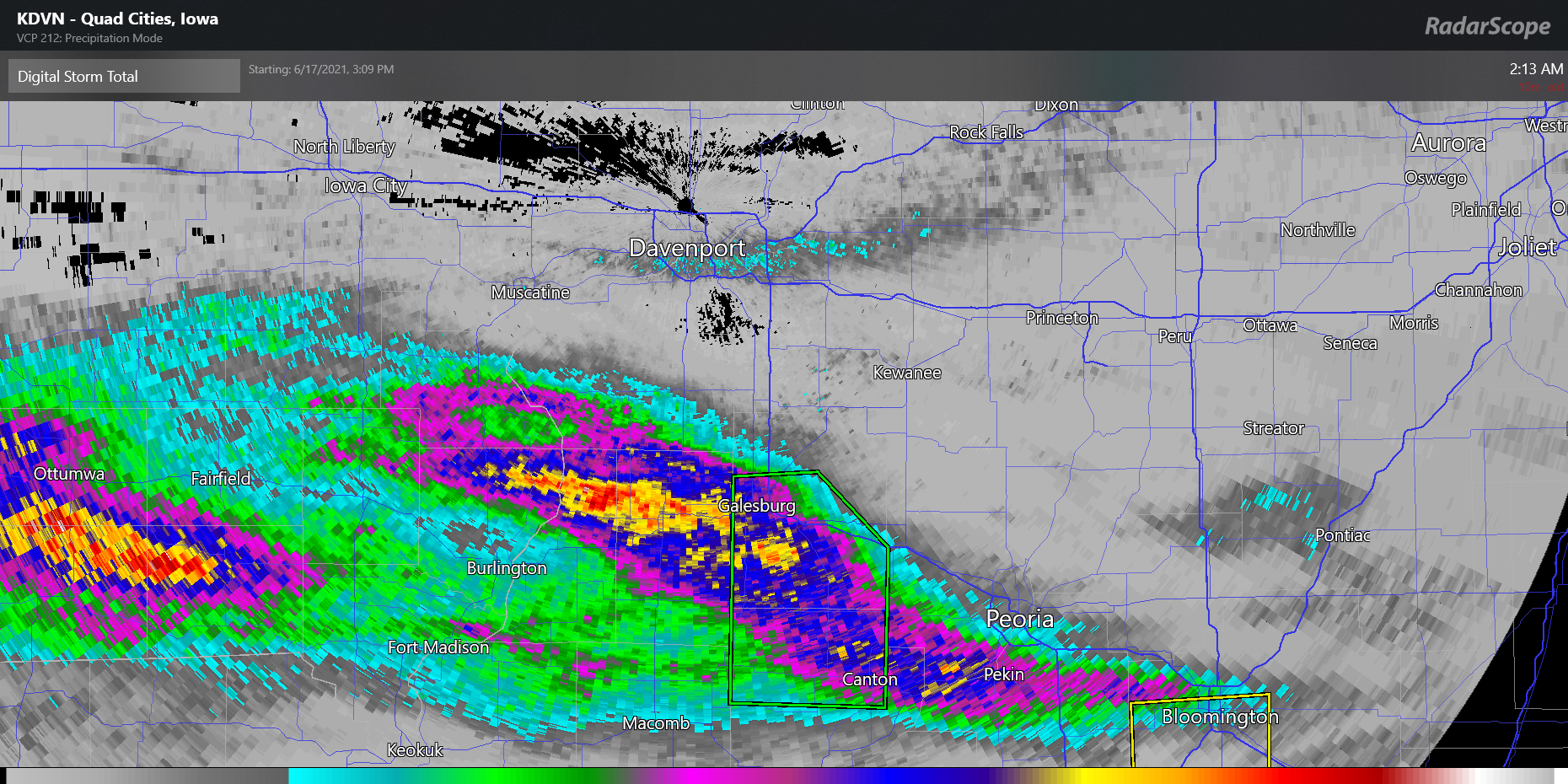 What's left of Friday night's storms will drift out of the far south early Saturday leaving the area with sunshine, warm temperature, and lower humidity, especially north of I-80. Highs should generally be in the upper 80s north to the low 90s south. This is what the EURO is depicting for highs Saturday.

The second half of the weekend we get back into rain chances as a strong cold front approaches from the northwest. Most models indicate enough CAPE and instability Sunday for some storms to reach severe levels. In fact, SPC has issued a slight risk outlook for much of the Midwest Sunday.

There is plenty of uncertainty as to how this plays out but at the very least some part of my area has a chance at strong to severe storms Sunday. More important, much needed rain is also on the table. We'll have a better handle on the specifics later Saturday but the latest EURO shows this for rain totals Sunday. Fingers and toes crossed, we could really use this!

After this system clears the Midwest Sunday night, a strong shot of cool air digs into the Midwest for the first half of next week. That shuts rain chances down but highs are expected to dip into the 70's Monday and Tuesday as humidity levels sink to comfortable levels. The ups and downs of 2021 continue. Roll weather...TS