I hate to beat a dead horse but Tuesday was very much like Monday. Hot and muggy with a sprinkling of showers and storms. Again, a few spots had some beneficial downpours but overall what rain fell barely settled the dust in the majority of the area.

I did get this picture from old pals Ed and Cathy Meyer who live near Edgington, just south of the Quad Cities. A storm there Monday dropped nearly 3 inches of rain in less than two hours. It was coming down, a real frog strangler. Too bad that wasn't all snow Ed. I could see you breaking trail in that powder.

This graphic shows precipitation departures (above and below) around the cornbelt since April 1st. You'll notice much of SE Iowa and WC Illinois have surpluses on the order of 1-3 inches. The rest of my area including northern Illinois and much of Iowa has really struggled to get rain with deficits over that period in the 3-6" range.

So, it comes as no surprise that much of the meaningful rain the past couple of days, scattered as it was, fell in the areas that needed it the least. That's usually how it is in drought years and 2021 looks like it could be one of those in much of Iowa and some surrounding parts of Illinois and Wisconsin. Here's the Doppler rainfall estimates from Monday. Tuesday the rains were even more sparse. 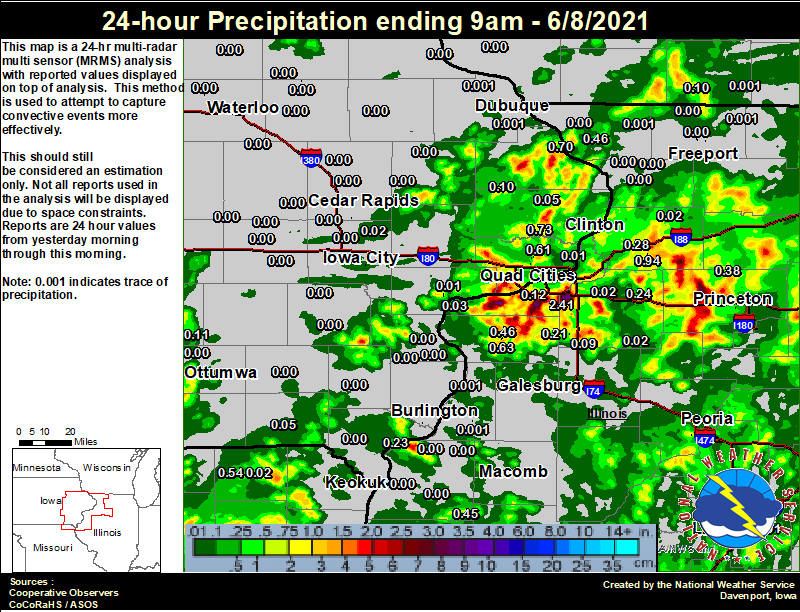