Severe thunderstorms and heavy rain moved through Iowa Saturday night. Strong winds and hail moved through portions of the Midwest. 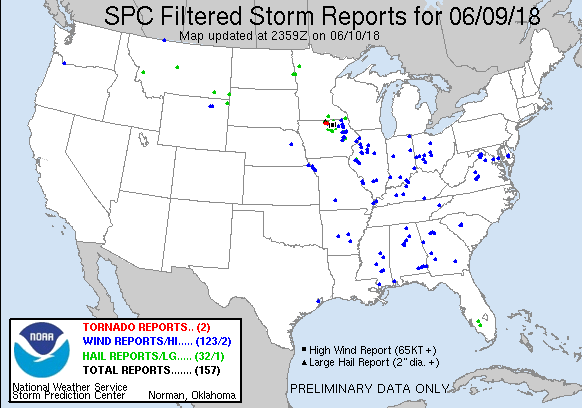 Two tornadoes were reported in north central Iowa and in my area there were several storms with rotation that prompted Tornado Warnings. You can see a funnel cloud here from Nick Stewart who was out chasing the storms. This one was late at night in Benton County, Iowa.

Another feature of these storms was the abundant moisture and heavy rain. Some areas picked up 3-5" of rain. Rain that fell in areas that have been dry for a while and in a short period of time...

A large view showing some heavy pockets of rain in northeast Iowa...

There have been rises on area rivers due to the heavy rain, but we will now be getting a bit of a break as we start the week. There will be some storms Sunday night and into Monday, but then it will be dry into the middle of the week.

Humidity will still be kind of high, but temperatures won't be as hot in the beginning of the week. And then... it really heats back up over the weekend.

The pattern will get more active toward the end of the week as well.