All things considered the weather around the central Midwest was pretty choice Wednesday as highs in many areas were back in the 80s. The month though has been a roller coaster with a high in Cedar Rapids of 91 the 6th followed by a 52 the 9th. Season change! 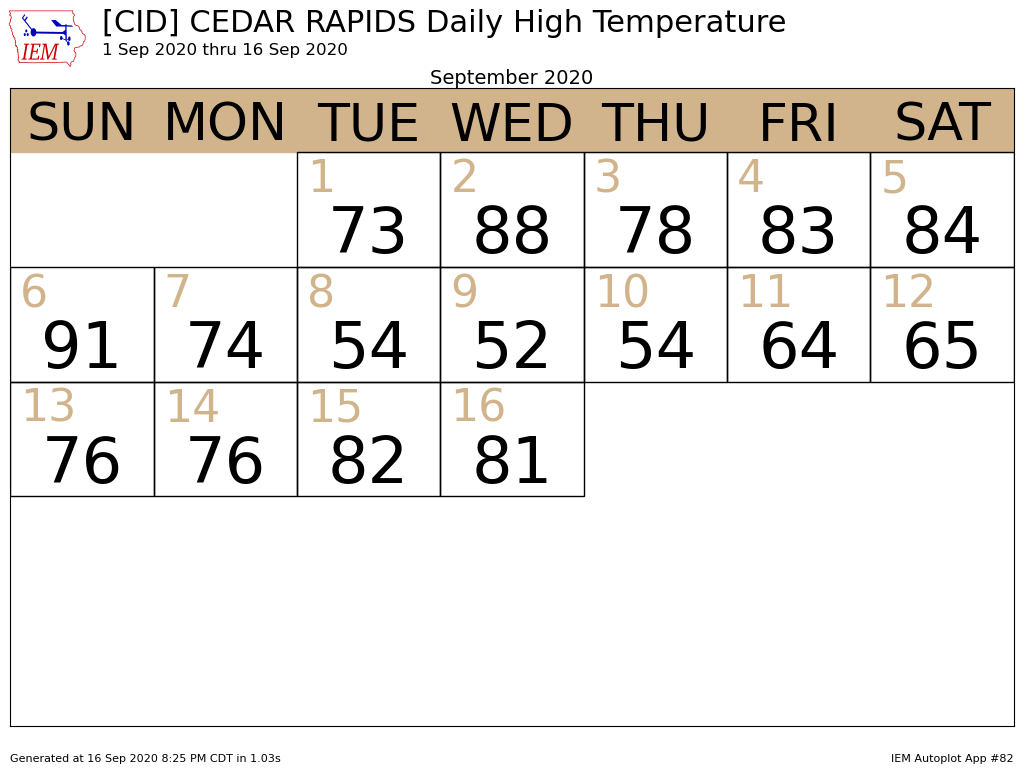 After a dry first week the 6th through the 12th was a wet period with some later reports (beyond the graphic) showing as much as 9 inches of rain in and around the Quad Cities. A real drought busting event that was needed, especially since if came over a prolonged period of time and was able to soak in with little in the way of flooding issues.

Wednesday on the late day satellite you can again see evidence of the western fires with smoke plumes cutting across the region. This has led to some exceptional sunsets in recent days. My 90 year old mother says she has never seen the sky more beautiful than it was Tuesday night. Good going Rose!

Expanding the image you can see Sally pounding the Gulf coast and an arc of clouds running from the northeast back into Iowa. That is a cold front that will take a big bite out of temperatures the rest of the week.

This is what the EURO is showing for highs through the weekend. The high is a bit stronger than yesterday and that is holding the cool air in place through Sunday.

Here's the high setting over southeast Canada Saturday funneling a crisp fall-like air mass into the region on east winds. Thanks to it we'll be riding high this weekend.

That keeps things high and dry for at least the next 6 or 7 days Here's the Euro rainfall forecast. Nothing in the bucket.

As you can see it's a quiet time in the Midwest weather world that likely to last into next week. I guess we'll have to enjoy it. Roll weather...TS