JUNE, FORGET ABOUT THE SWOON...

Well, it's June 1st, the start of meteorological summer (which constitutes the months of June, July, and August). The question is, will the temperature swoon of May continue into June? Personally, I don't think so. Before we get to that, here's the temperature departures from the past 30 days.

Where we really fell flat was on the high temperatures. 20 of the last 28 days had highs below normal in Cedar Rapids,

Here are the actual highs ranging from 87 the 1st to 47 the 28th. Going the wrong direction there!

The other weird thing about May was that it rained frequently but not heavily. In the Quad Cities at least a trace of rain was reported at the NWS office in Davenport 20 of the 31 days. Steve Gottschalk in Lowden reported at one point in late May it rained 15 consecutive days. Yet only the southern third of my area had above normal rainfall and in most areas by less than an inch. Much of my northern counties, (especially north of HWY 30) had 30 day rainfall totals that were only 50-75 percent of the monthly mean. Drought is becoming a concern in parts of this area.

It will take a few days to to get established but by the end of this week a warmer and more humid pattern, more typical of this time of year is anticipated. This is due to a building ridge of high pressure at 500mb over the Ohio Valley, which you can see below on the EURO.

The 5-10 day temperature departures starting Saturday June 5th have a much warmer look.

Despite the fact this is a pattern with moisture and humidity, the storm track and associated forcing is not favorable for widespread or heavy precipitation. This will now doubt come as bad news for some Midwest farmers in need of rain. These are the 15 day rainfall departures on the EURO. 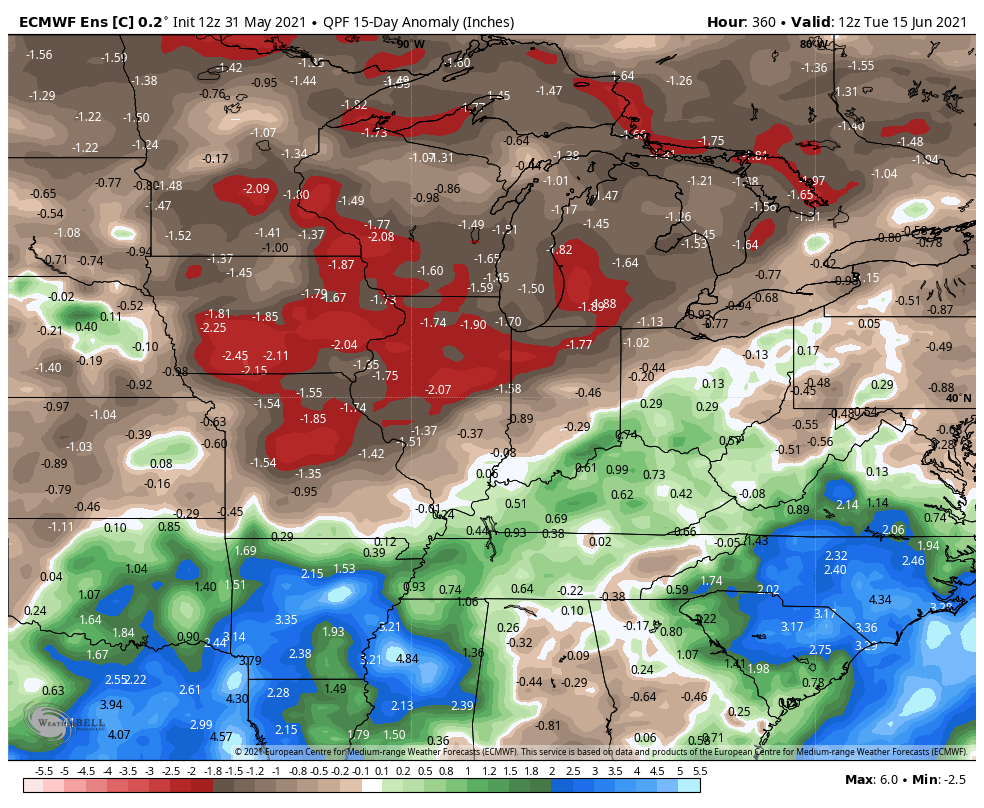 The GFS shows the trend to a lesser extent with the focus more on the central Midwest. 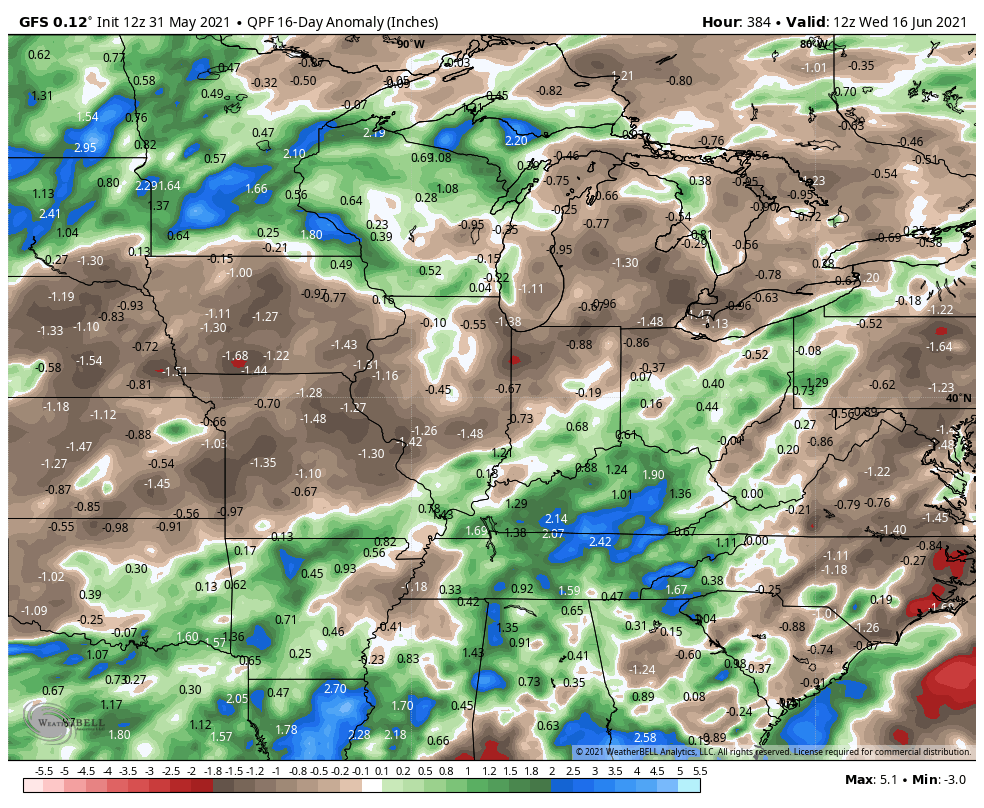 If things pan out the way it appears, the first half of June is likely to be warmer and drier than average as a whole. Should that happen, it increases the odds that the entire month will end up on a similar note. Time will tell. Roll weather...TS