MAY COMES A KNOCKING...

The Mediacom man came, and he went Friday afternoon. I now have television and internet. I also have Sirius XM which is now playing Rider's on the Storm, released by the Door's in the summer of 1971. All is well in my world, especially after I scarf on a doctored up Tombstone pizza, a rarity in Maine.

By the way, that Door's song is a classic known and used by many a storm chaser traveling the lonely roads of the Plains. That and Into the Mystic, by Van Morrison are are a couple of my all-time favorite road beaters. ACDC comes in handy when the chase is getting hot...something like Thunderstruck

Well, here we are on the last day of April and we find ourselves in a situation where much of Iowa and the NW half of my area are in need of rain. I was traveling I-80 today from Le Claire to Iowa City where farmers we're working the fields planting this years crop. Large clouds of dust were trailing far behind the tractors. It was apparent a good rain hadn't fallen in some time. Sure enough, the statistics bare it out. Here's the total rain the past 7 days. What's fallen has been south of I-80.

The past 30 days have been exceptionally dry in NC Iowa where amounts of a 1/4 to 1/2 inch have been measured. Much of the NW half of the state has had amounts of an inch or less. 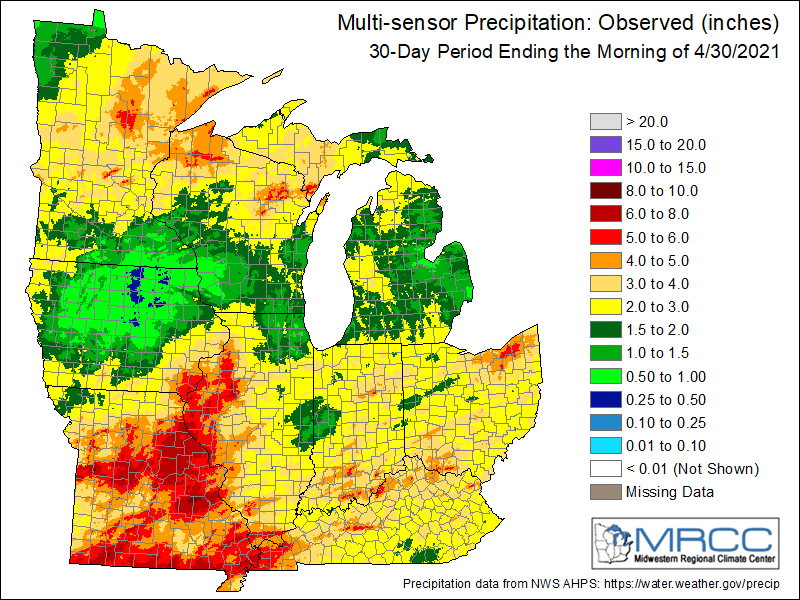 Outside of SE Iowa, much of the state has had only 25-75 percent of it's mean 30 day precipitation.

Here's a real eye opener. In NC Iowa April will go down as the driest on record going back 129 years. NE and Central Iowa will have their second and third driest respectively.

As the dryness mounts you can see moderate drought now covers much of Iowa and is expanding rapidly with each passing week. Severe drought exists in NW Iowa.

It's concerning to see this much dryness at a time of year when precipitation is usually plentiful. Spring rains are critical to build sub-soil moisture which is often tapped in the hot and drier months of mid to late summer when there's increased water demand from plants and evaporation.

Rain prospects remain low through the day Sunday but prospects do increase Sunday night an Monday. The GFS is most zealous showing these totals right where they are needed.

The EURO is similar in placement, just not as generous.

Before we even get to rain chances, we get back into summery temperatures with a windy weekend warm-up. A skirt alert is in effect Saturday for SW winds that could gust 35-40 mph. However, the winds will blow much warmer air into the Midwest and highs of 80-85 are expected areawide...a good 20-25 degree jump. 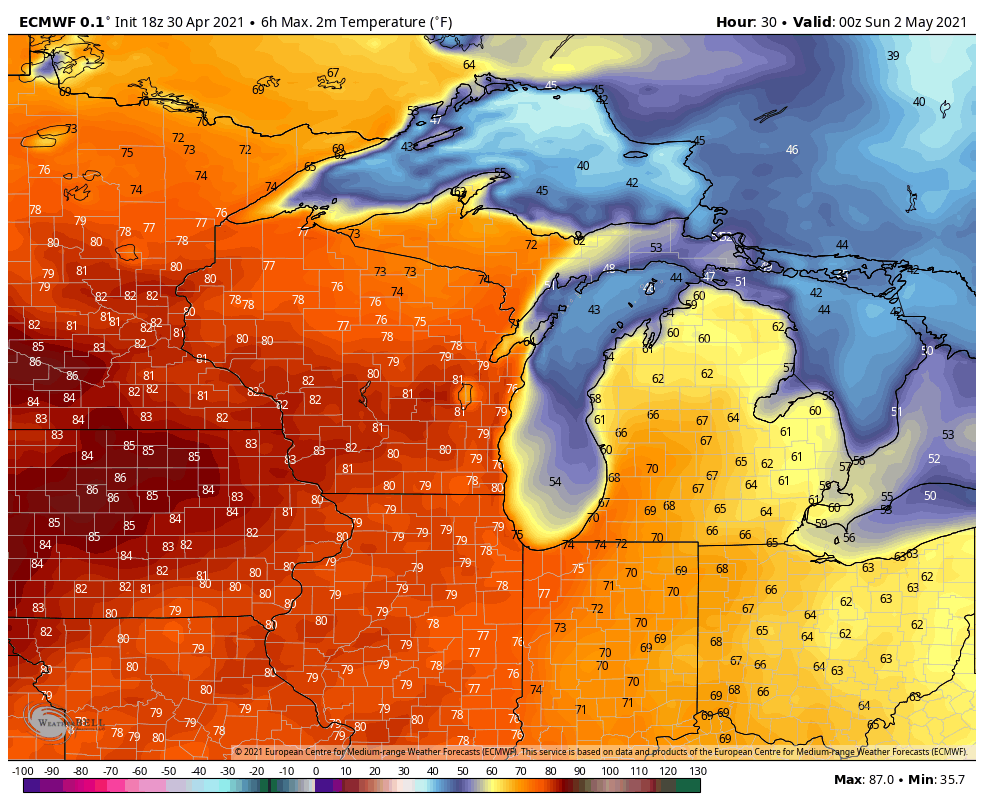 Sunday looks warm too but additional clouds may temper readings a few degrees. Highs around 80 still look attainable. It remains breezy but more on the order of 25-30 mph instead of 35-40.

Looking down the road, the summery temperatures begin to fade away early next week as the MJO enters the colder phases of 1 and 2. Readings could take a real dive by the end of next week with some models indicating highs only in the 50s for a couple days. This is the 10 day temperature departures for the period May 5th-15th. I sure don't like the looks of that.

Alright, that's it for now. Eden has her first Prom to attend Saturday night. Lot's of excitement in the old house tonight. She never went a day to school in Portland the past year (all on-line with no social interaction), so I'm very thrilled she gets this chance to get back into the world. I'm not so thrilled about the dress and accessories which were beyond my budget. What are you going to do, say no? Ha, don't answer that. Roll weather...TS