Here we are in the in the peak of severe weather season and instead of thunder all I hear is the sound of CRICKETS. The chart below shows where severe weather probabilities are greatest June 3rd. We are in prime time.

However, at the NWS office in Des Moines, only 7 severe thunderstorm or tornado warnings have been issued all year. Going back to 1986, that crushes the previous low on June 1st of 31 set in 1997.

At the NWS office in the Quad Cities, only 3 warnings have been issued but that's only good enough for a second place tie with 1986. 1993 holds the record with just 2 warnings through June 1st. Mighty quiet if I say so myself. 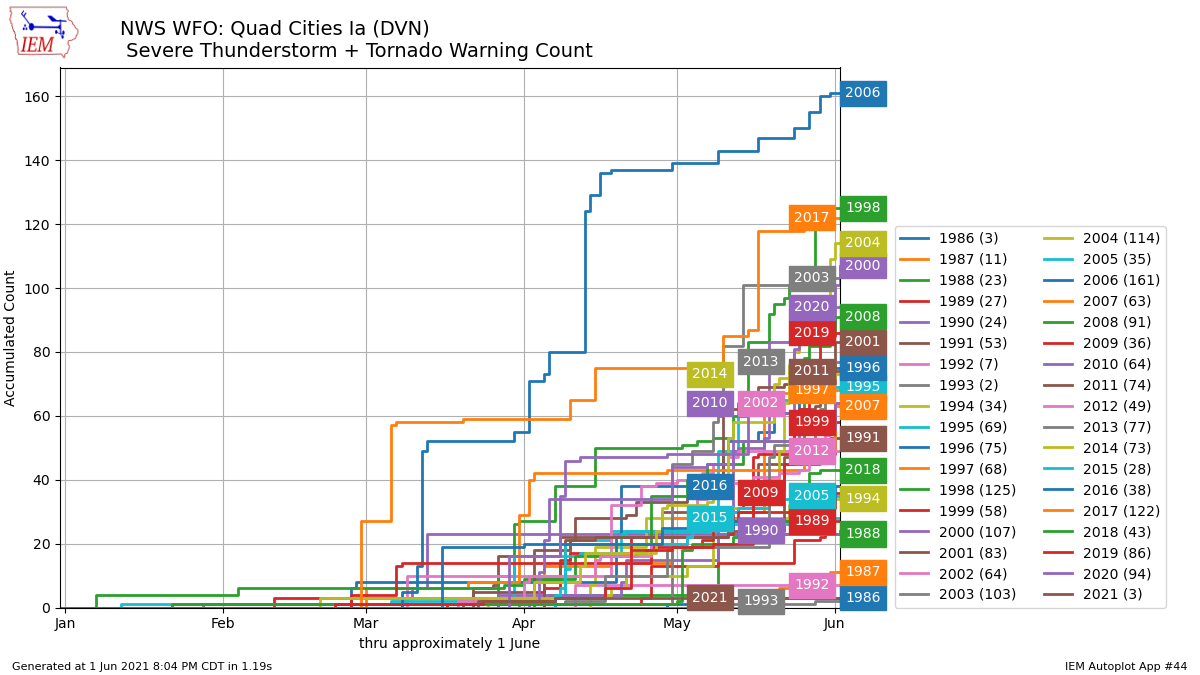 Tornadoes reports through June 1st are only 25th percent of normal. Now there's a silver lining. What twisters have occurred have generally been confined to the high Plains and deep south. As my mom says, they can have them. 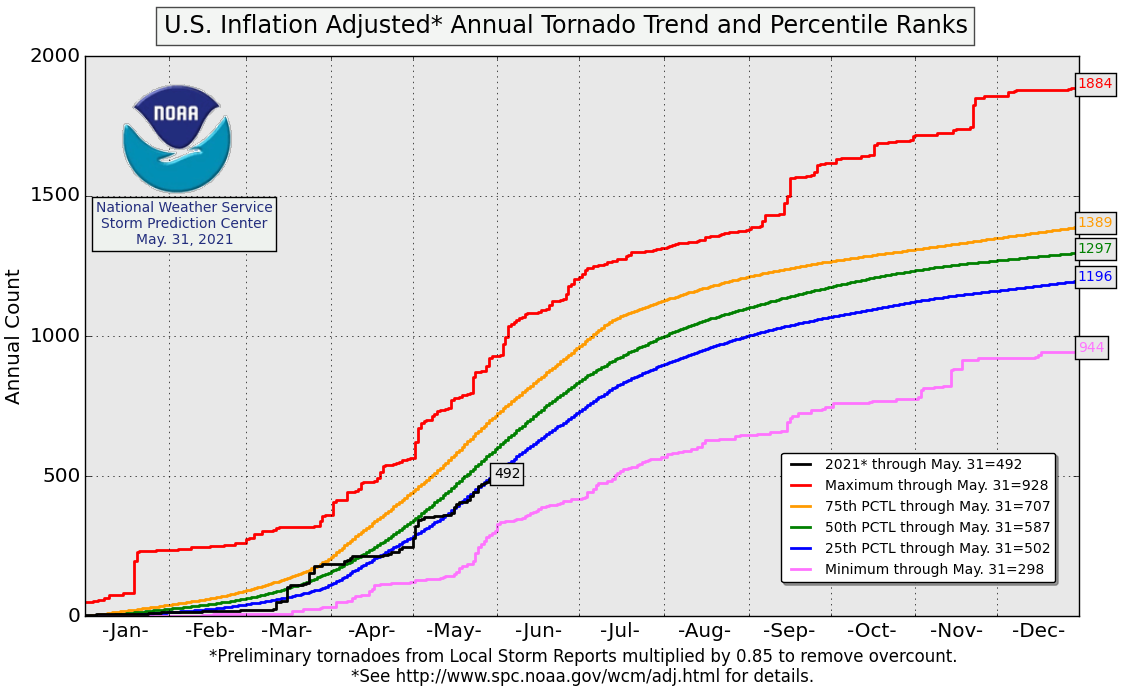 There's still time for an uptick but I'm not seeing it anytime soon. Neither is the Storm Prediction Center. This is the 8 day severe weather outlook through June 8th. Zippo!

The word low keeps coming up in the risk assessments.

Two major reasons we've not seen severe weather is the fact its been cool and in many parts of the Midwest dry! No rain, no storms...duh. That has led to the development of moderate to even severe drought conditions across much of northern Iowa.

This graphic shows precipitation as a percent of average going back to April 1st. There's a lot of places in the brown shades where rain has been only 25-50 percent of average for that 2 month period. Of note is the fact that the SE half of my area is one of the few spots that's seen near to slightly above normal totals. Good for us.

Prospects don't look very promising going forward. Here's the next 2 weeks rainfall departures on the EURO ensembles and the 0Z GFS. Even with a warmer and more humid pattern (which is good for instability), the lack of close proximity to the storm track limits forcing and rainfall opportunities.

I mentioned the increase in heat and humidity that's ahead and here's the week 1 and week 2 temperature outlooks depicting the anomalies creating those trends.

If all goes according to script, we'll be hearing a lot more crickets the next couple of weeks as summer emerges. As the great Kurt Vonnegut was keen on saying, "and so it goes". Roll weather...TS