A MANIC APRIL ENDS ON A HIGH NOTE...

The last few days have seen a dramatic change in our weather fortunes. The manic April we've being experiencing has flipped from cold to mild in a hurry.

The first 20 days the average high in Cedar Rapids was 45 with 6" of late season snow. Since then we've had nothing but sunshine and the average high has climbed to 70. Bam! Suddenly the grass is starting to green up and buds are popping on the trees.

Now that we have had our first 70s, the next hurdle is 80 degrees and one of those could come as early as Monday of next week. Here's the forecast 500mb jet stream flow. A nice ridge has built over the Midwest.

With southwest flow aloft and at the surface the warmest air of the season is on the way. The pressure pattern Monday shows a brisk wind transporting the warmth northward. 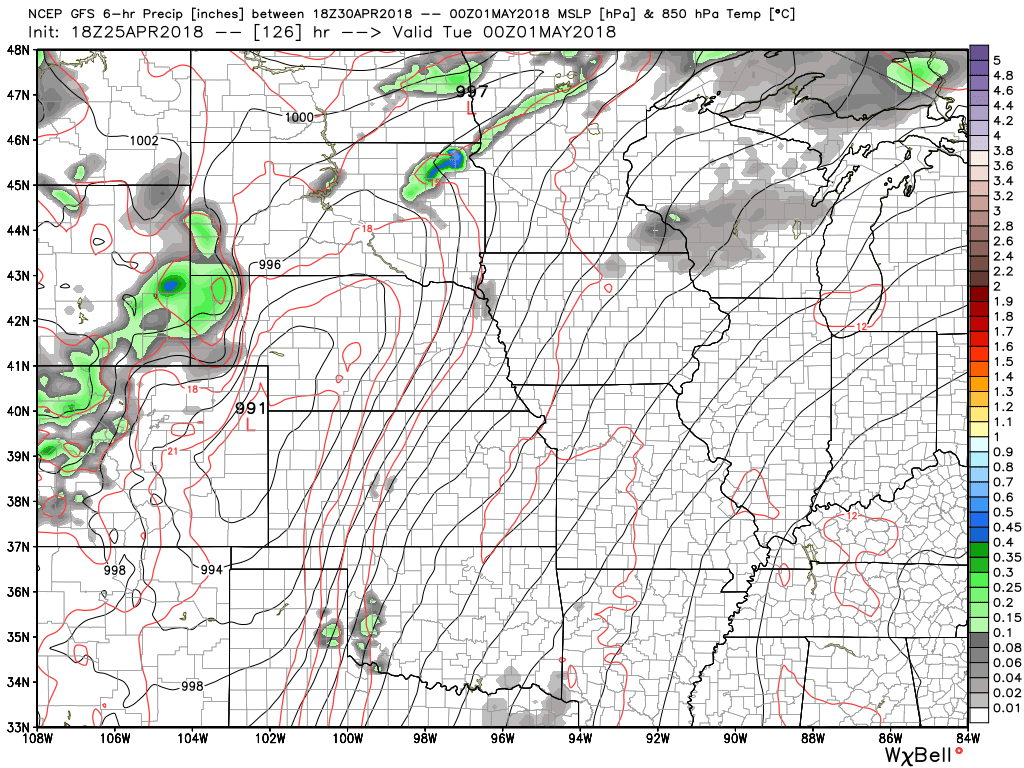 Here's the highs forecast by the EURO.

Moisture also enters the pattern and dew points should reach the highest levels of the year as they enter the 60s.

The warmth and humidity will lead to instability and the chance of thunderstorms once a front enters the picture later Monday and into Tuesday. Much of my central and southern counties have been dry the past 2 weeks and some rain would be welcome. Both the GFS and EURO show some healthy amounts, at least on a scattered basis.

There's also the chance of strong storms over some part of the Midwest but it appears the southern half would have the greatest risk Tuesday or Wednesday. Here's the CAPE (convective available energy shown on the EURO. Oklahoma, which has not had a tornado yet this year (an all-time record) is looking prime. You can sure see the dry line.

Before we get to this active warm period early next week, the weather continues dry and pleasant. The only fly in the ointment is Saturday when a fast moving burst of cold air will zip across the Midwest. Some spots in the north may hold in the upper 50s, the rest of the region is looking at 60s. All things considered, some fine spring weather is on the way. Roll weather...TS