It's been an active week of weather and while we may see a stray shower in the far south early Friday, the rest of the weekend is shaping up to be a beauty. The atmosphere needs a breather. I'll get to that in a minute.

First I wanted to focus on the rain we've seen over the past week and the impact its had on the drought that's been impacting my northern counties. So first of all, here's the latest drought index which was issued Thursday. Much of my area is now out of drought conditions although there are a few counties in the far north and west that remain very much on the dry side.

Now the thing about the drought index is that is was prepared Tuesday but not released until Thursday. So, all the rain you see from Wednesday and Wednesday night (below) is not included in the outlook so it should improve over the north when the next one is issued in a week. 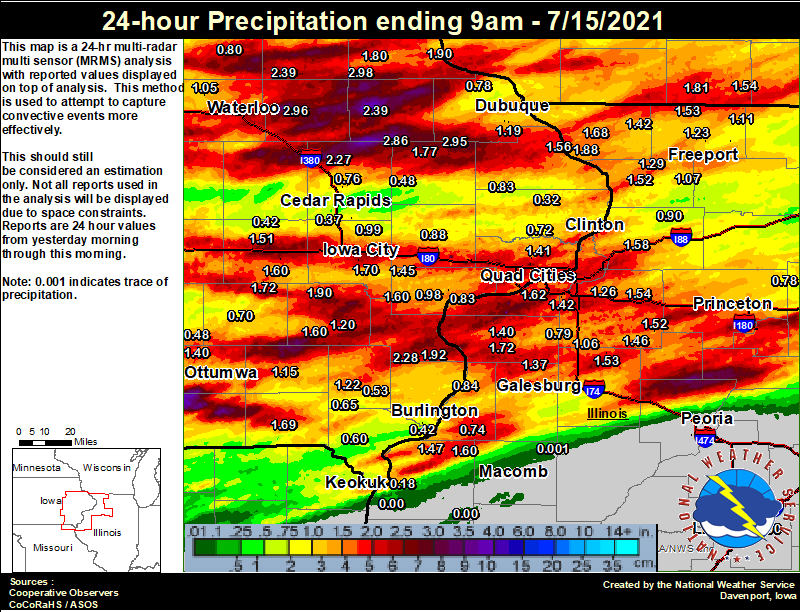 By the way, this is the rain that's fallen over the past 7 days through Thursday morning. There's a lot of yellow and orange indicating widespread 2-4" totals where those colors are found. Overall a good period for rain except in one little swath hugging HWY 30. Very bad luck there.

Well, let's turn the focus on the weekend. Looking at the 500mb jet stream flow you can see that there is a northly component to the upper level winds. Even a bit of a residual trough over the region.

That plays heavily on the weekend as it draws drier air into the Midwest leaving us rain free. Wednesday water vapor was up over 2 inches in spots which led to the rain, storms, and muggy conditions. Saturday morning in most areas its been cut in half and is under an inch.

Levels like that are 60-80 percent of normal. The anomalies are shown below.

It also leads to dew points Saturday morning in the upper 50s to near 60. A big drop from the soupy low to mid 70s we've recently experienced.

As I mentioned there could be a couple of isolated showers around in the far south early Friday before the dry air takes over and dominates into next week. These are the rain totals depicted on the EURO the next five days.

The drier look could hold much of the next two weeks with the 15 day rainfall departures on the EURO coming in like this. The GFS is more generous on rains with amounts close to or even a bit above average. That discrepancy will need to be worked out in the days ahead. Here's what the two models show over the next 2 weeks.

Along with the dry conditions, temperatures through next Tuesday should average several degrees below normal, coolest in the south. These are the 5 day departures.

They produce weekend highs in the low to mid 80s. Throw in mostly sunny skies and you have yourself some outstanding mid-summer conditions. Happy Friday and roll weather...TS